The Future of Nanotechnology In Medicine 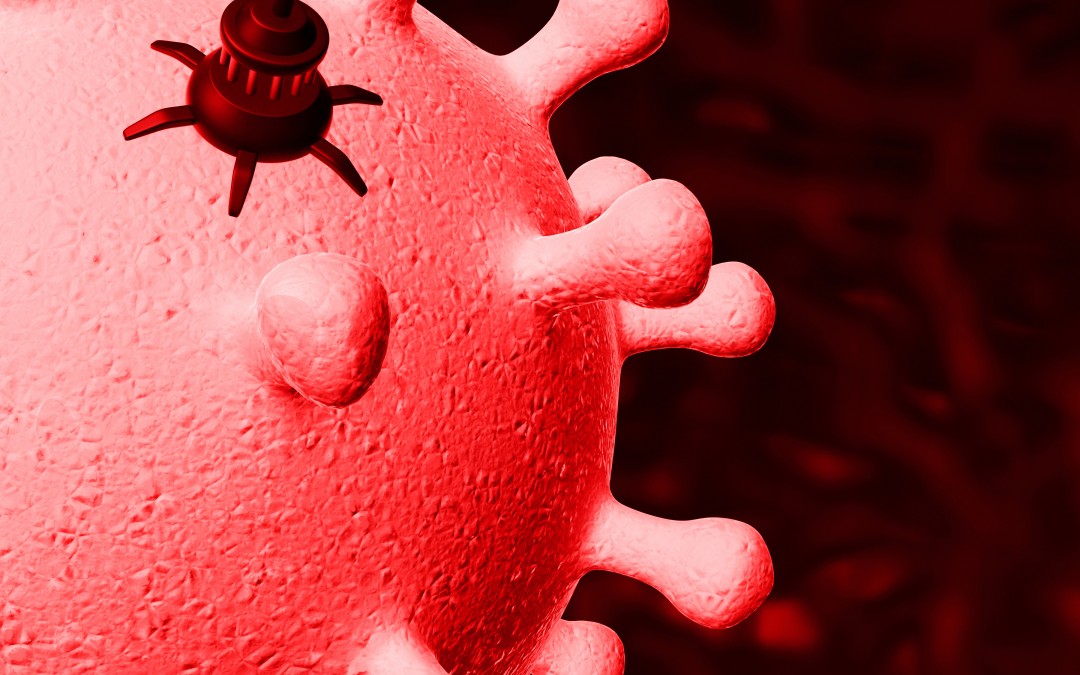 Nanotechnology is an umbrella science in which many disciplines converge that focus on the phenomena of materials on the nanometer scale (оne nanometer is one billionth of a meter). An important characteristic of nanomaterials is that they show completely different properties and qualities (surface, chemical reactions, etc.) compared to bigger particles. As promising as it seems, nanotechnology is nowadays a very disputable science that attracts the attention of scholars of all fields.

One of the most important application fields of nanotechnology is medicine and pharmaceutics with the promise to revolutionize the way current medicine is viewed and performed. Many futuristic technologies and devices are currently in a process of research and development, such as quantum dots, lab-on-a-chip, targeted drug delivery, automatic monitoring and drug delivery systems, tissue engineering and even smart nanobots. However, since nanotechnology is still in its early age of development, many risks and moral drawbacks need to be evaluated, especially regarding applications in such a globally important field as medicine.

As mentioned, nanotechnology presents a vast set of opportunities for medical developments that are of significant interest for scientists and practitioners from multidisciplinary fields. Some of the possible nanomed applications have already been implemented in practice, such as nanomaterials in sunscreens and cosmetics, others as nanobots are still way in the future. Since nanotechnology is a convergent science covering many fields and disciplines, nano  devices are expected to be applied in multiple fields – military, cosmetics, pharmaceutics, etc. The current article will not try to elaborate a comprehensive list of all possible nano applications, but mostly focus on specific applications and challenges regarding nanomedicine.

One of the most discussed applications is the use of “quantum dots”, which are “semiconductors that emit or absorb light under specific conditions that can be manipulated externally.” Qdots can be used to locate ill cells (for example tumors) in the human body with the help of scanners that can catch the light emitted by the quantum dots when they find such a cell. They can also “mark” the sick cells so that doctors can identify the type of the malformation.

Furthermore, nanotechnology can be used to develop a device known as a lab-on-a-chip. It is a small but complex technology that allows multiple analyses and tests to be carried out without the need to use a specialized laboratory. It is an additional advantage that just a very small amount of a sample (blood, saliva) would be needed. Using a lab-on-a-chip would not only be able to replace laboratories in the majority of cases, but it would speed up the analysis process many times. Additionally, it would allow tests to be carried out by non-experts when needed.

Another promising application is the targeted drug and gene delivery. Upon the identification of ill cells in a human body, nanotechnology can be used to deliver the medication needed to the exact part of the body without harming healthy cells. This technology can be used in chemotherapy or insulin therapy. Drugs can be encapsulated and used as a replacement of complex and time-consuming therapies.

A further development may go to the creation of nanotechnology systems for automatic monitoring and drug delivery combining both lab-on-a-chip devices and targeted drug delivery. Constant chemical and bio analyses would be performed by the lab-on-a-chip device implanted in the body and when a specific malfunction is identified, targeted drugs would be sent to the cells in need.

Moreover, in the future nanotechnology will be used for tissue engineering including stimulation of the body tissues to self replicate or artificial “growing” of tissues or body organs that can serve as a replacement. They cannot only help with the treatment of diseases, but also attribute to longevity and quality of life in what is currently regarded as human enhancement.

Although far ahead in the future, the development and application of nanobots in medicine is expected as well. Nanobots would be able to identify cancer cells even before the malignant formation is visible and repair them simultaneously. They would even be able to interfere in DNA cells and change them if needed.

It is important to note that nanotechnology has already been put in practice into multiple medical areas, which demonstrates that this kind of technology is not far away in the future, but it is seeing strong and successful incorporation in current medicine. It has been introduced in fields such as appetite control (nanosubstances that boost appetite in anorexia cases), cancer treatment, cholesterol lowering drugs, drug development, imaging and diagnostics, medical tools (e.g. vessel fusion systems), bone replacement, chemical substitutes, hormone therapy and immunosuppressants in transplantations.

A full picture of nanotechnology`s future cannot be drawn without pointing out the main drawbacks associated with their production and use. Although the risks are controllable, they need to be seriously taken into account when dealing with the nano issues.

One of the main medical risks connected with nanotechnologies is the DNA damage that the engineered nano-particles can cause. The most prominent example is the technologies currently used in sunscreens – titanium dioxide and zink oxide. They are largely approved for use in sunscreens and indeed they have significant success in protecting from sunburn. However, when exposed to sunlight, those substances on the nano-scale actually cause the formation of free radicals on the skin thus causing DNA damage. Since there is no specific legal regulation in this respect, and no penetration under the skin is observed, no warning is placed on the sunscreens.

It is further discussed that the difference between cosmetics and drug and between a drug and device when it comes to nanotechnology, is completely blurred. A different legal regime exists regarding cosmetics and drugs for example. A cosmetic should only remain external to the human body and not penetrate, and the approval requirements for cosmetics are easier to be fulfilled. However, since one of the eminent characteristics of nanotechnology is that nanoparticles appear to have different properties than larger elements and the human body has its own barrier towards normal sized particles but not to nanoparticles, then obviously the small ones will be able to overcome those barriers and enter the body. So the question would be whether a shampoo containing nanoelements that actually penetrate the body is a cosmetic or a medicine and depending on the answer, a different legal regulation would have to apply. It is the same situation regarding the difference between drugs and devices. A nanorobot that unclogs blood vessels can be perceived as both a drug and a device, but two different normative acts apply to both categories.

Another risk of the nanotechnologies is closely linked to one of its most important beneficial applications – the early detection of diseases. The abovementioned Qdots allow early scanning and tracing for diseases or cell monitoring. When a certain medical condition is diagnosed or forecasted as expected, a treatment might not be available yet so this raises important moral and legal questions that cannot be left unresolved. Additionally, a regulation should be drafted as to what a medical approach should be in those cases, as well as, what the solution would be if an expensive treatment might be available but not affordable? Another risk, closely connected to the early and easy medical condition detection that would be freely available with the lab-on-a-chip devices, would be the problem of people diagnosing themselves without consulting a doctor, which could lead to multiple medical problems.

A further drawback of nanotechnology is connected with the targeted application of drugs. Through the use of quantum dots, drugs will be easily delivered to every part of the body as planned, including the brain. This will allow many medical substances to be delivered to the brain which can have different neurological implications. A clear regulation should be created regarding the possibility to execute behavior control on humans through targeted drug delivery to the brain.

Furthermore, a question regarding privacy issues is applicable when dealing with nano-surveillance equipment used for infectious diseases and bioterrorism attacks. As fast as technologies develop, the current privacy and data protection laws are not adapted to deal with issues of such specifics.

A financial problem should also be included in the list of risks. As promising as they seem to be, nanotechnologies are also very costly and overinvesting in innovations can be done instead of focusing on current working models which are not connected with such financial expenditures. A consistent approach should be adopted since much of the nanotechnology development funding is derived from public funding and taxes and hasty investments should not be justified.

When regulating nanotechnology in medicine, a great deal of attention should be paid to the application of the Precautionary Principle. It is a central principle in European Union law in respect to public health and environment and it originates from the idea of not doing harm.  The principle refers to situations where there is not enough information and proof regarding risks connected with an activity or technology and it implies that such activities should be continued only of the proponent proves that no significant harm might follow. It further suggests that scientific uncertainties should be carefully examined, when developing and applying such a novel technology, and then a decision should be taken as to the significance of the risks and the adverse effects. When introducing specific type of nanotechnology for the public, serious risk assessment should be performed and a cost-benefit risk analysis should also be used.

As outlined in the previous sections, nanotechnology is a very promising scientific field opening the doors to multiple discoveries in medicine.  Some nanotechnology applications have already been introduced in many medical areas such as cancer treatment, imaging and diagnostics, bone replacement, etc. and are in use by the general public, while other, more futuristic fields of application go as far as nanotechnology systems for automated health monitoring and even nanobots, which are expected to transform the general idea of medicine and the way a human can be treated or even enhanced. However, no innovative technology goes without risks, which is the nano-case too. Many uncertainties and possible problems have already been identified by scientists and legislators, varying from pure health concerns such as DNA damage, caused by nanoparticles, to regulatory ambiguities, social and ethical issues, as well as over-finance trends.

All of the above leads to the conclusion that nanotechnology calls for urgent attention from scientists, legislators and policymakers around the globe. It may well have numerous dark sides, but its current applications, which have already been successfully used by many, are a perfect example that the future of medicine lies in using them, if we want to provide treatment of diseases that are untreatable now, for a period of time that is incomparably less than what it currently takes, for just a small part of the present price. So, despite the risks, we must acknowledge that nanotechnology must have its future within medicine and just make sure risks are well assessed.

The Precautionary Principle. Available at: http://en.wikipedia.org/wiki/Precautionary_principle