Application of Nanotechnology In Security 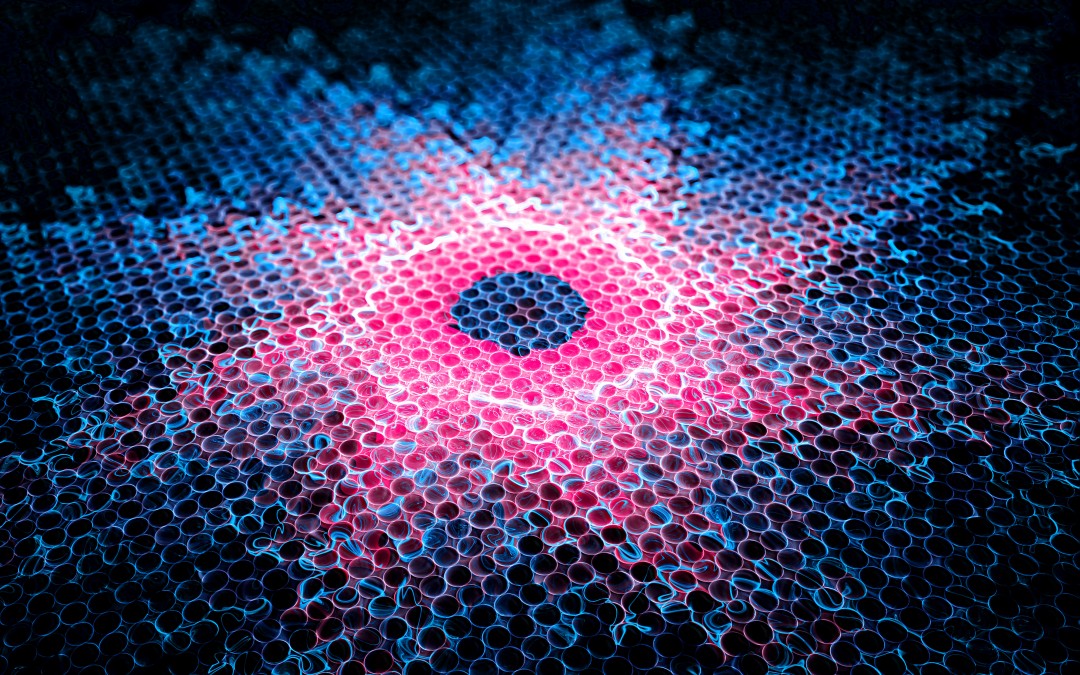 Nanotechnology is a convergence of sciences that study the phenomenon on the nanometer scale (1 nanometer equals 1 billionth of a meter) since nanomaterials have different characteristics compared to the bigger particles of the same material. A couple of decades ago it has been part of science fiction novels and subject of theoretical researches in secret laboratories. Nowadays, nanotechnology is one of the most promising and the most disputable new technologies that exist.

Nanotechnologies alone or in convergence with other technologies (NBIC) are expected to have significant application in security, enabling forensic investigators to perform complex analysis or to discover even the smallest traces on the crime scene. However, application and development trends should be also analyzed in order to draw the full picture of possible nano-scenarios applied in forensics, so that no risk or uncertainty is left unexplored.

As already mentioned, nanotechnologies are expected to have important application in forensic research. In the field of academic research as well as already in practice, different specific applications with multiple potential benefits have been identified.

Forensic research is seen as the process of using specific techniques and methods of gathering and analyzing traces and investigating a crime. It is believed that the introduction of nanotechnologies will greatly change those processes by making them faster, more accurate, more effective, easy to apply and in general will change and mix functional phases, which explains the indisputable significance of those technologies.

As nanotechnology is a general term which includes multidisciplinary technologies, this article is not trying to draft a comprehensive list. The focus however is on the possible technologies that might be applicable in forensics. The following four practical groups have been identified:

Furthermore, two very specific nanotechnologies` applications have been widely discussed in the academic work, namely nano sprayers used to find even the tiniest trace on the crime scene and the so called “lab-on-a-chip” device which is capable of performing multiple analysis and tests using incredibly small compounds. Development of advanced trace collection and trace analysis tools will be highly needed due to the fact that materials would have become almost flawless and thus harder to trace and identify. In that respect traces themselves are expected to become smaller, even to the amount of a single cell. Ultimately, detection and analysis of a single DNA molecule in forensic research would be possible.

In addition, the new analytical devices would replace the existing chemical labs with multiple devices and process. They may able to perform complex chemical and biological analysis right on the spot that would diminish the time needed to minutes. Lab-on-a-chip devices would also make it possible for non experts to perform the analysis which could be even more accurate than the current expert lab results. Abovementioned technologies are expected to become available for the general public, which can be very beneficial for the involvement of the broader circle of participants in the forensic research and in the general crime prevention.

Moreover, described nanotechnology can not only serve as forensic tool itself, but actually enable further functions to be developed (e.g. smart designed devices), so that a synergy in the convergence of technology to be observed. Another important advantage of nanotechnology in forensics discussed in the literature is that the integration of existing laboratory processes into single device would be able to handle laboratory contamination problems.

All the above show many advantages of using nanotechnologies in forensic research that are being discussed these days. From cost and time effectiveness, to issues such as wide availability, accuracy and reliability of results, nanotechnologies are often seen as a solution to important problems in forensic and security in general. However, the other side of the coin needs to be brought to light by investigating possible development trends with their social and normative impacts that can have negative results.

So, nanotechnologies in the forensic science and security can revolutionize the way an investigation is performed by decreasing time, cost and expertise needed and in the same time increasing accuracy and availability of nano collection and analysis devices. As good as it all sounds, we cannot stop ourselves from asking the inevitable questions about risks and drawbacks accompanying nanotechnologies` development and application in security.

Since nanotechnology is a science in its early stages of development, many of the trends and application plans are still desired but not fully proven to work. General concerns regarding nanotechnology vary from the lack of unified terminology; the health and safety concerns widely debated about nanotechnology applications in everyday life; to the “balance of power in the world” which may be threatened by the possible “nano divide”, and many others.

However, further social, ethical and legal issues may be explored, especially in connection with the security domain. The social concerns analyze the gaps in data collection and processing as more and more data will be collected and accessed, but it certain leads to the need of specific legislation to prevent unauthorized access or disappearance. Additionally, the shift in powers from government to private parties who possess the knowledge and skills to design the technology used, may rise the question about the supervision and quality control of enforcement of legal norms by technology, which can be further complicated by the increasing complexity of nanotechnologies.

Furthermore, some of the most cited moral and legal risks, when it comes to nanotechnology, are those regarding privacy issues, because the technology will enable the development of tiny and unnoticeable devices that can be used to collect and transmit information about individuals. Due to the nano devices` nature of being small and eventually widely available, observation devices would be able to invade people`s privacy, enabling not only government but also private parties to access sensitive personal information.

Another major normative concern discusses the alteration of the idea of responsibility, since nanotechnologies may influence and control human behavior and if an individual`s behaviors is externally controlled, the intent of the act might be missing or hard to prove. Additionally, personal freedom can be questioned once we, as humans, will have to deal with too much unrequested information and options.

Moreover, morality as a system that allows the freedom of choice whether to follow the rules or not with the subsequent responsibility for the choice made would no longer be seen as an inspiration to law which might turn into a “set of morally-neutral, unavoidable obligations to behave ‘well’… that is restricted to a functional interpretation”. Further questions about legitimacy naturally follow as private parties, who possess the knowledge for the technology and eventually develop it, would invade traditionally public functions such as legislature and law enforcement. And finally, if the so technically imposed unavoidable norms are unjust in their nature, the injustice seems to be harder to escape from too.

Finally, technology development of any kind has always been followed by immanent risks and dangers and in majority of cases benefits have outweighed the negative impact. This may also be the case with nanotechnologies, which offer such a wide range of revolutionary opportunities for protection of security that altogether will undisputedly enrich both science and practical application. Mitigation of risks from a legal and moral point of view can be found in the creation of relevant legislation that reflects all identified concerns together with strict control on the development of the architecture, so that no unjust norms are enforced through it.